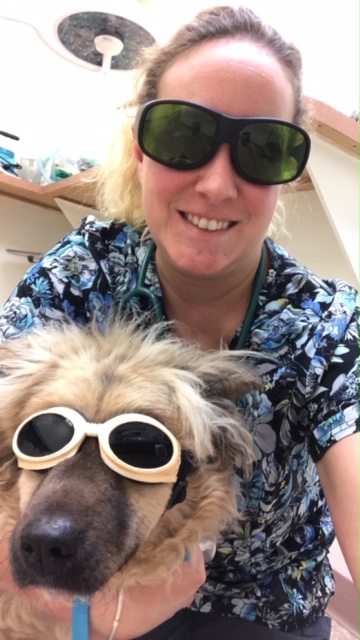 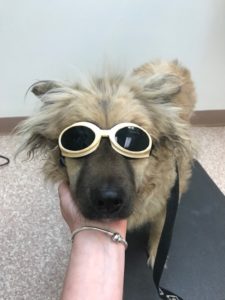 One of our Techs Corie and her family’s dog Bear. Bear is a 5 yr old Shepherd Chow mix with Spondylosis of his spine, an arthritis condition where vertebrae fuse together.

Bear was rescued by Corie’s sister off the side of I-75 S in Bradenton when he was about 8 months old. His radiographs show that Bear likely suffered a back injury at some point and now has arthritis that causes him discomfort and pain. The laser therapy is meant to improve circulation and healing to the area and reduce inflammation.

We are hopeful that continued laser therapy will greatly improve Bear’s comfort and quality of life. 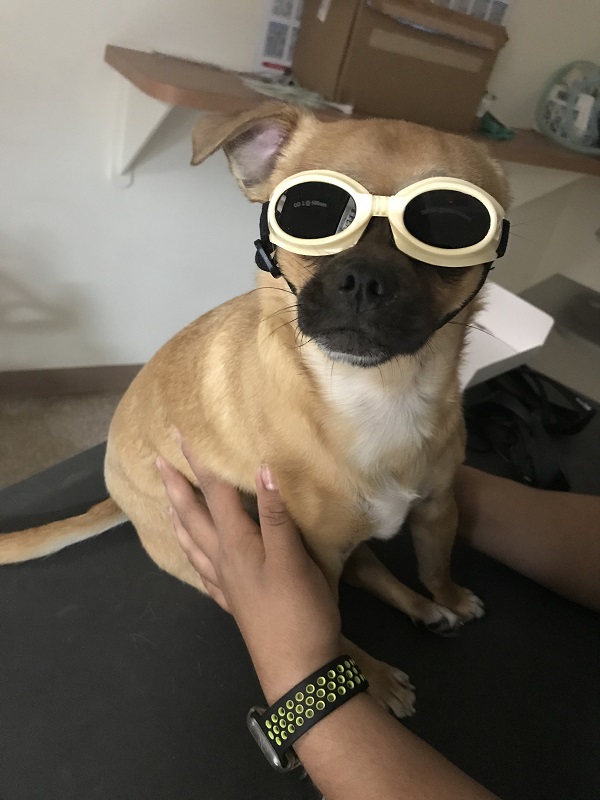 Last month we got a call that my Bentley was having a hard time walking. When we got home Bentley could not walk at all. I called Apollo Beach Animal Hospital and was given an appointment within the hour. When we got there, we were quickly taken back and an Xray was taken. We were then given the news that Bentley may never walk if an MRI and emergency surgery wasn’t performed. Bentley was diagnosed with intervertebral disc disease. My husband and I had recently lost a fur baby the month before so the thought of Bentley having surgery and possibly have him not walk after the surgery or even losing him immediately crossed my mind. My husband and I were prepared to have a dog that was not going to walk again. We started looking at wheel chairs and anything that would help him. We asked the doctor if there was an alternative option and she recommended Laser Therapy but that she had not seen many successful cases after completing these sessions. We immediately jumped on laser therapy rather than spending $8000 on an MRI and surgery. After the second laser therapy treatment Bentley started walking. We still carried him up and down the stairs and monitored him closely when going outside to do his business.

It’s been 3 weeks since his diagnosis and 8 laser treatments later and Bentley is walking and back to his old self. He is normally a nervous dog but he knows when he is there that his is well taken care of. I highly recommend these treatments if you are given the option. I would like to thank everyone at Apollo Beach Animal Hospital for taking care of my fur baby Bentley.